Hyperbolic Paraboloid (HP) membrane truss is an idea in the field of architectural design, engineering and building construction.
It is a construction of elements carrying only shear force and compression with least bending force. Most often used as a roof, as they can economically and attractively span large distances.

Felix Candera, a Spanish-Mexican architect is one of the most successful architect and structure designer who utilized the HP membrane.
He constructed the geometry of HP with reinforced concrete.
Besides the structural advantage, it allows the creation of continuous curved surface.

A plurality of the HP membrane modules composes the HP membrane truss.
The membrane truss is obtained by topological conversion from the ordinary octet-truss, therefore structurally advanced.
Besides the structural advantage, the biggest architectural feature can be found in that the membrane truss create continuous curved surface.
And the continuous surface equally divides a mass of space into two spaces. One space in the mass perfectly separated from another space by the curved surface but three dimensionally adjacent to another space.
One of the clear architectural visions was presented in a project, Halfwag recreation, done by Studio MO, Marion Regitko, Hajime Narukawa and Nophadon Chatnatapon, one of four finalist of Prix de Rome 2000, Amsterdam. 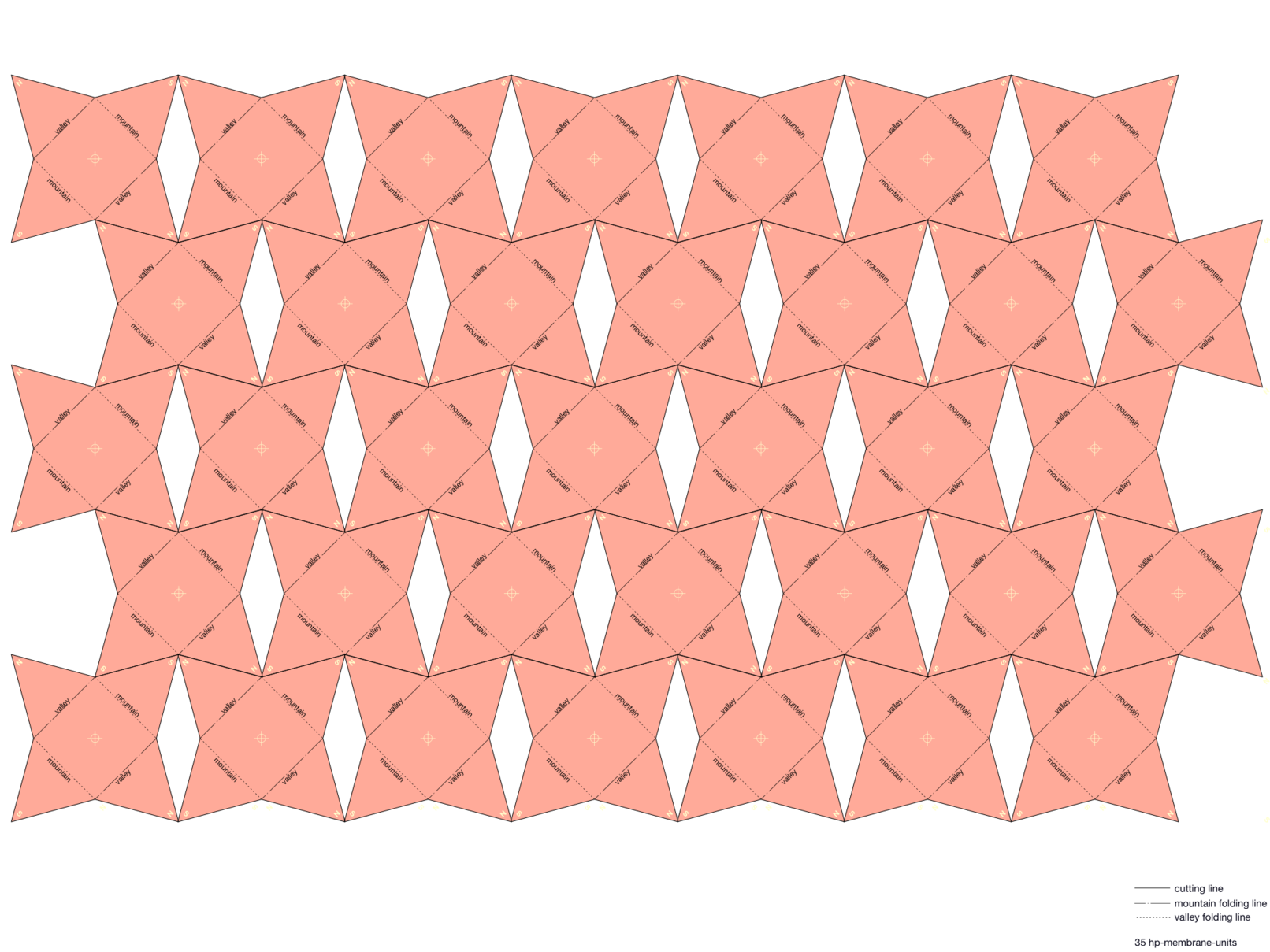 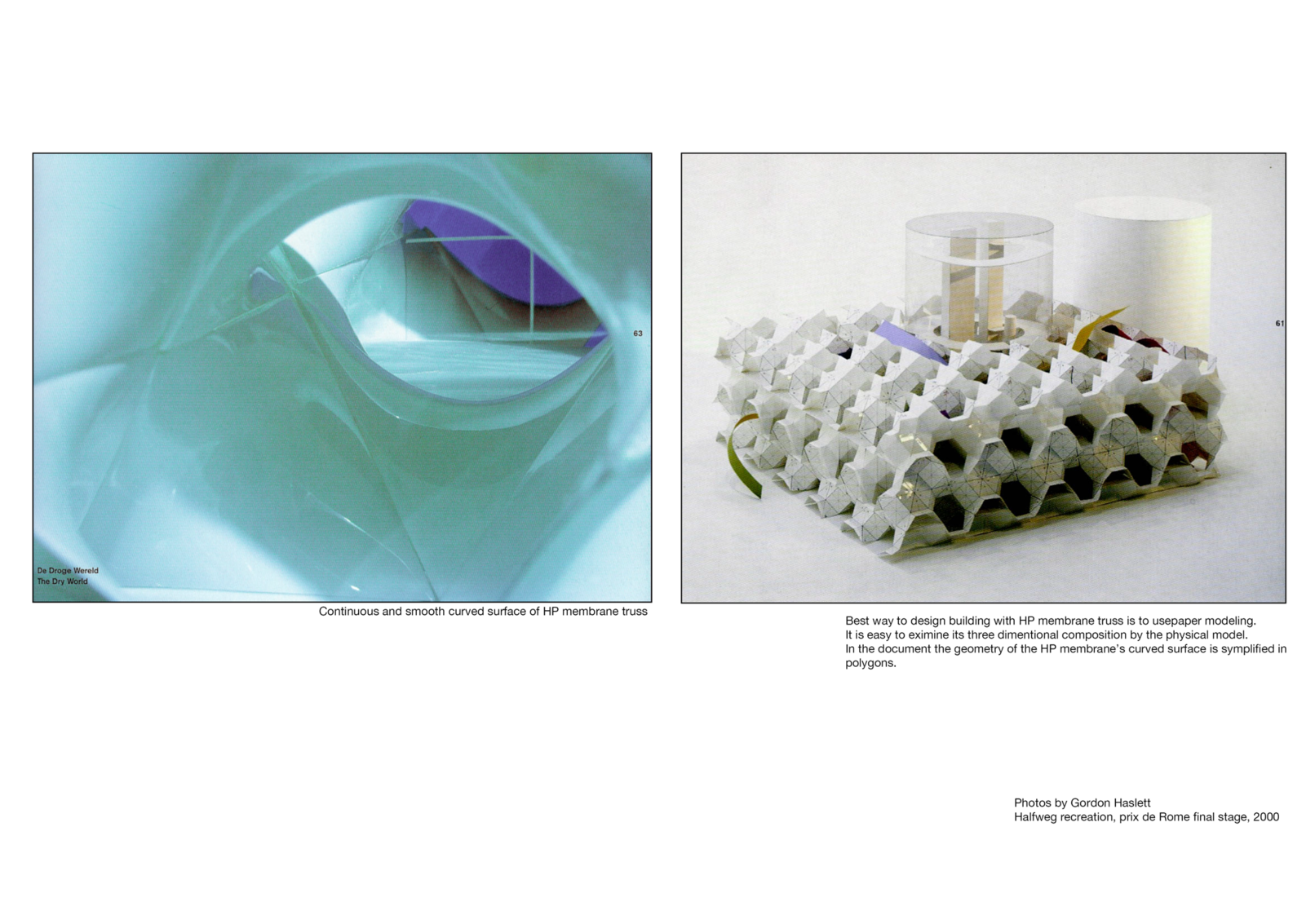