Authagraph is an equal-area type world map projection that was invented by Japanese architect Hajime Narukawa in 1999. While conceptually in the category of an equal-area projection, it would require further subdivision to qualify as an actual equal-area map.
The map keeps sizes of all continents and oceans while it reduces the distortions of their shapes like a Dymaxion map does. This map can be tiled in any direction without seams. The map projection tries to reflect an infinite perspective of the world.

Authagraph mapping projection was selected by the Japanese National Museum of Emerging Science and innovation (Miraikan) as it official mapping tool and is used in official Japanese high school text books. 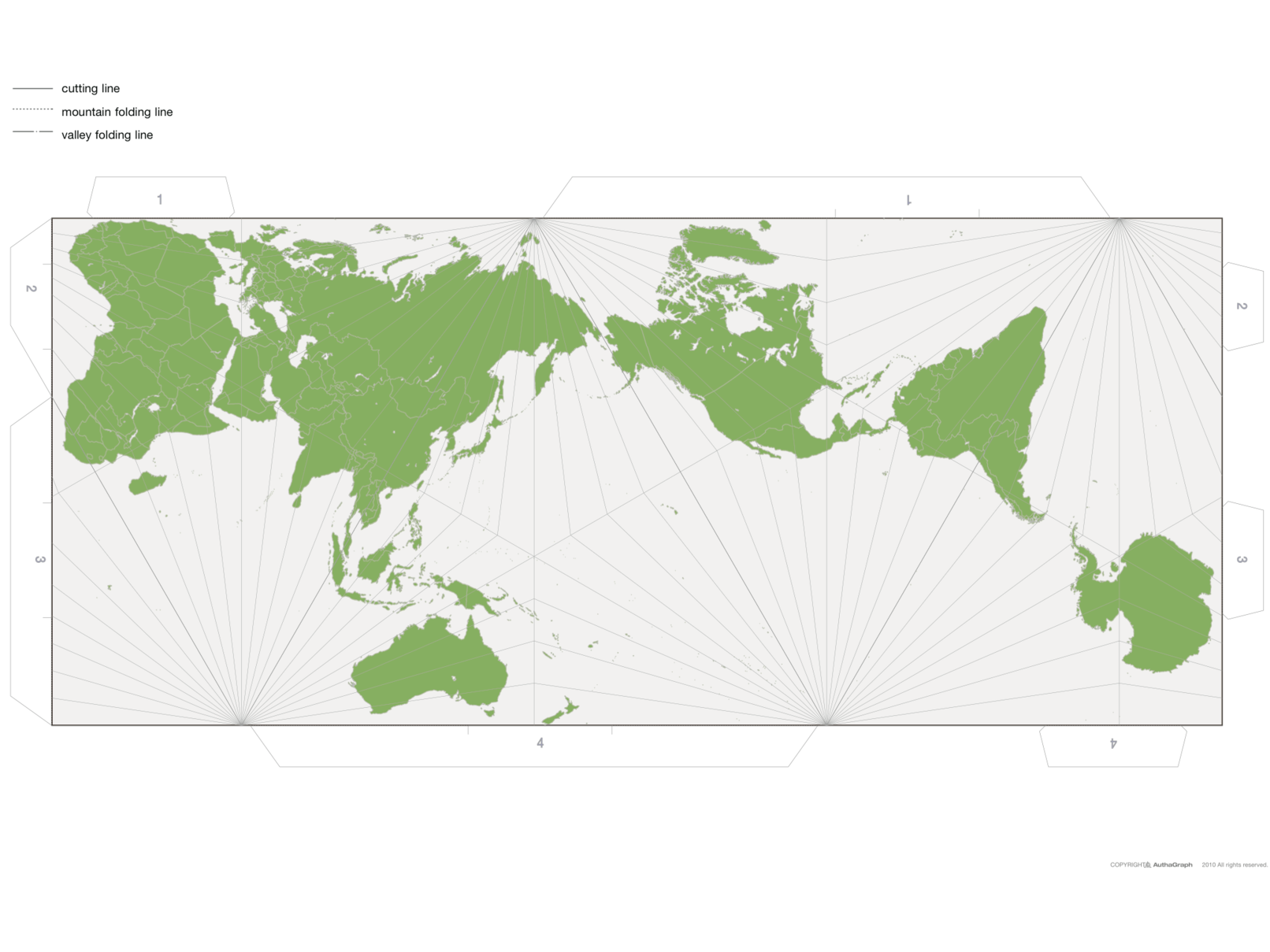 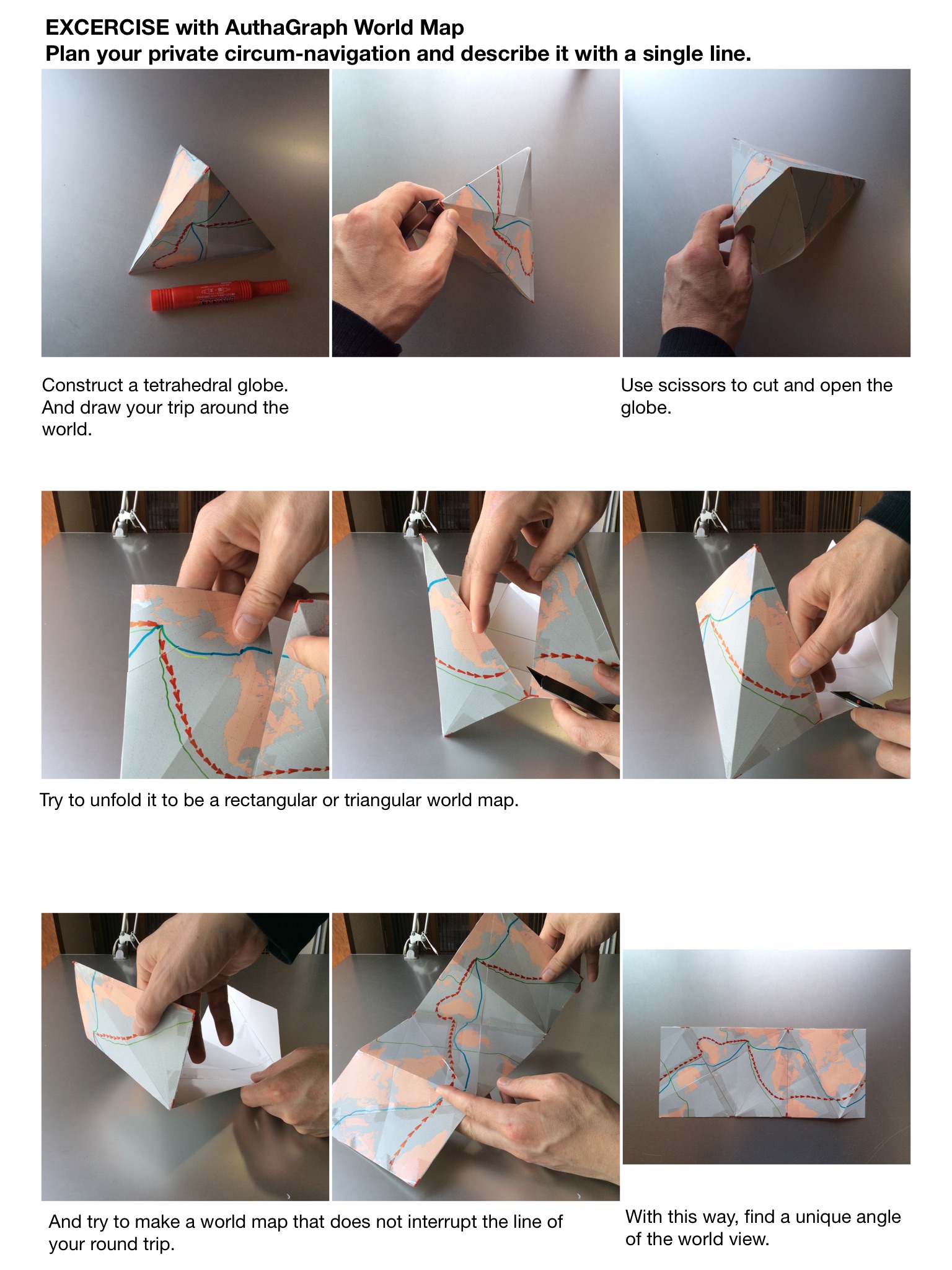