Geodesic Dome is an invention in the field of building construction, in particular, light weight dome structure.
It was invented by Buckminster Fuller and patented in 1954.
The dome distributes load on the structure evenly by placing structural members evenly on a spherical surface of the dome.
The structural members are arranged so as to equally divide the spherical surface while minimizing the number of types of structural member’s.
All lines of the structural members are arranged along a great circle, so called geodesic line.
The divisions are made by subdividing an icosahedron, a platonic solid with 20 regular triangles.
There are two different methods of subdivision. One is called ’triaconta’ and another is called ‘alternate’.
Both dividing methods can be demonstrated by the paper model. 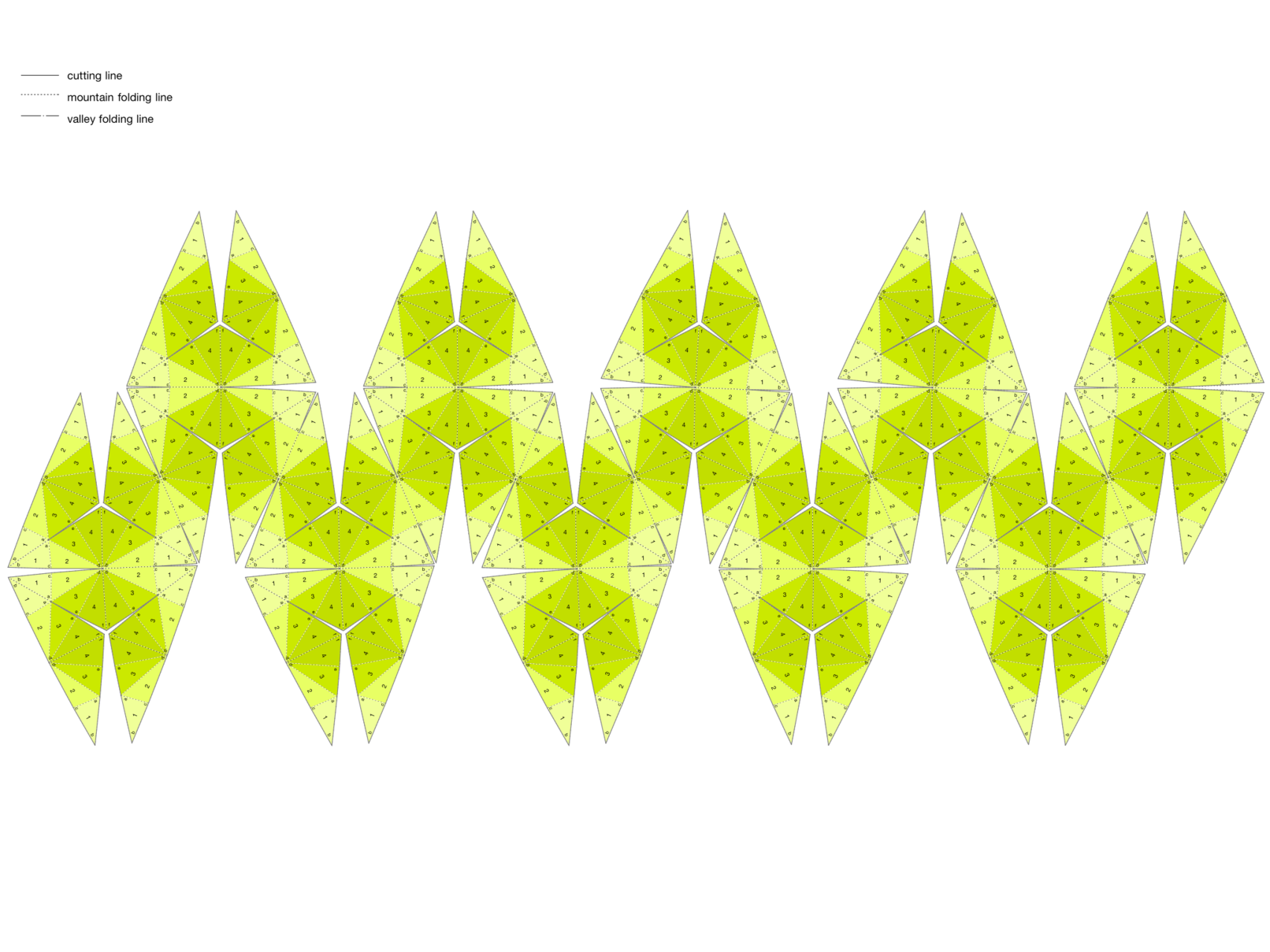 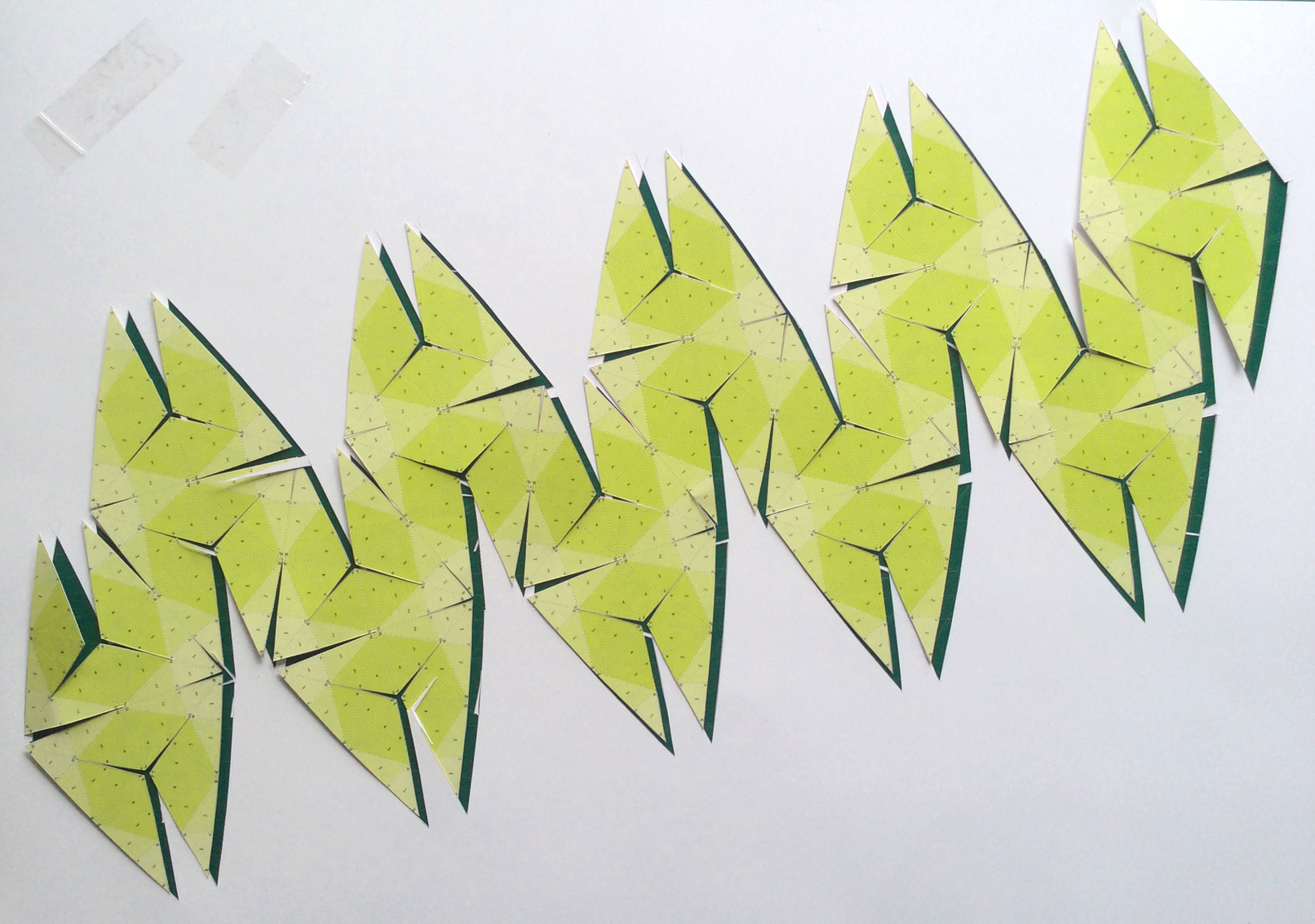 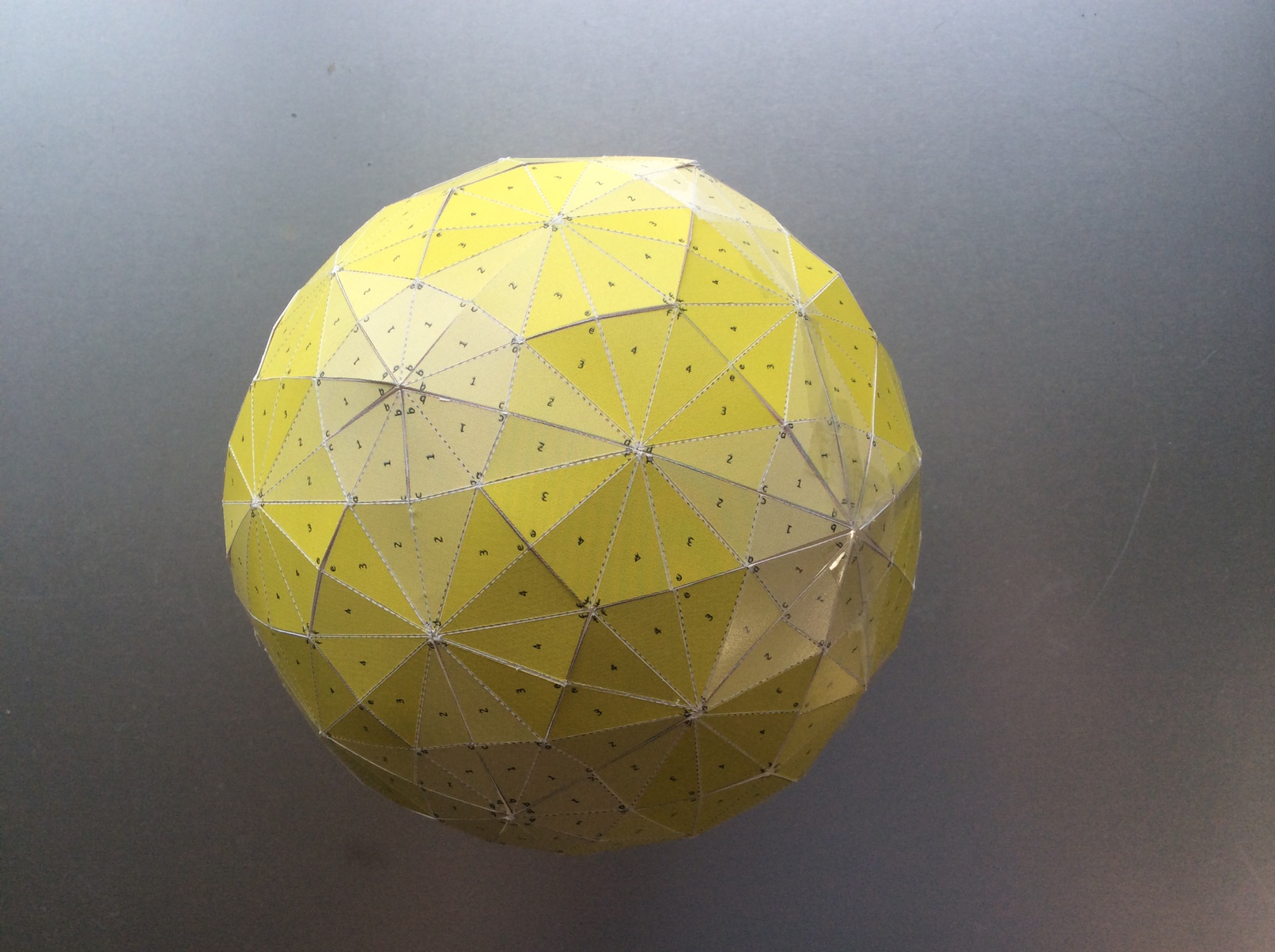